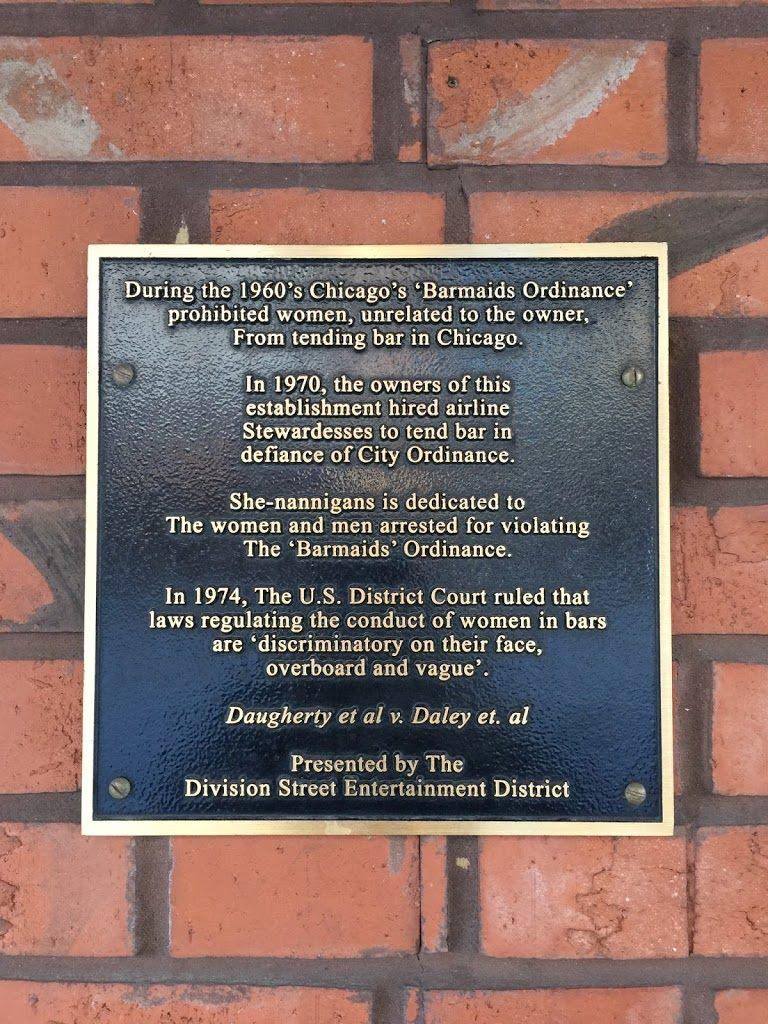 You might miss it if you weren’t looking, but outside of She-nannigans bar on Division Street, there’s a plaque mounted to the brick wall with the following words:

“During the 1960’s Chicago’s ‘Barmaids Ordinance’ prohibited women, unrelated to the owner, from tending bar in Chicago. In 1970, the owners of this establishment [She-nannigans] hired airline stewardesses to tend bar in defiance of City Ordinance. She-nannigans is dedicated to the women and men arrested for violating the ‘Barmaid’s Ordinance’. In 1974, the U.S. District Court ruled that laws regulating the conduct of women in bars are ‘discriminatory on their face, overboard and vague’. (Daugherty et al v. Daley et. Al)

Channeling the glass ceiling breakers that defied the ‘Barmaid’s Ordinance’, women from across Chicagoland will gather at She-nannigans bar on February 8 from 6 p.m. until 8 p.m.  to have a drink in solidarity and raise money to elect more local women to political office. Fresh off the Women’s March to the Polls, which drew an estimated crowd of 300,000 in Chicago, women are diving head-first into politics, including running for office in historic numbers.

The event will benefit Cause the Effect Chicago, an organization founded by Cook County Commissioner Bridget Gainer, to encourage women to ‘take their ideas to action’ through activism and civic engagement. Since the 2016 election, the organization has grown in size and strength and recently launched a political action committee (PAC) to support local women candidates.

Commissioner Gainer, who worked as a cocktail waitress on Division Streeet to put herself through college, found a common connection with She-nannigans owner Lyn Z. McKeaney and thought the historic bar would be the perfect place to rally around a message of women’s empowerment.

“The day I turned 21, I got a job as a waitress at Butch McGuire’s, next to She-nannigans. Like thousands of women before and after me, those tips helped pay for college and make ends meet those first years after graduation. We owe a lot to the women like Lyn, who helped pave the way. And now we can toast to breaking some more glass ceilings- this time in politics.”

Lyn McKeaney is the President and Owner of Lodge Management Group, Entertainment Enterprises, which was founded by her late husband, F. Owen McKeaney in 1970.  As a woman business owner and someone who is both active within the community and supports numerous charitable causes, she is proud of the rich history her numerous taverns possess, and the opportunities they have provided to so many throughout the years, especially She-nannigans.

“She-nannigans is the perfect place for an event such as this, one that empowers and supports women to effect change within their communities. The history of She-nannigans compliments and inspires what this organization stands for”, said McKeaney. 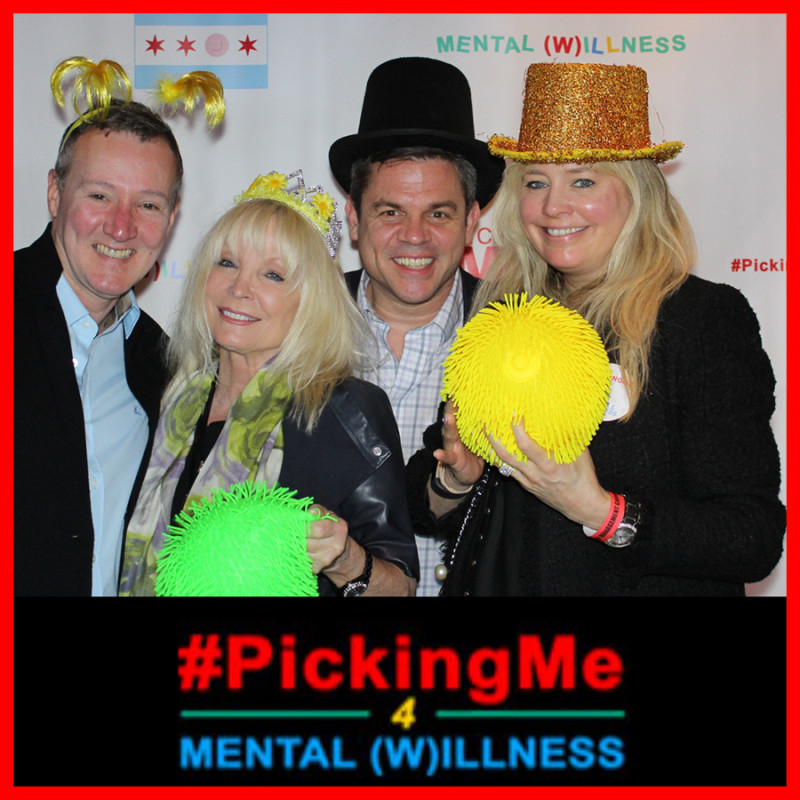 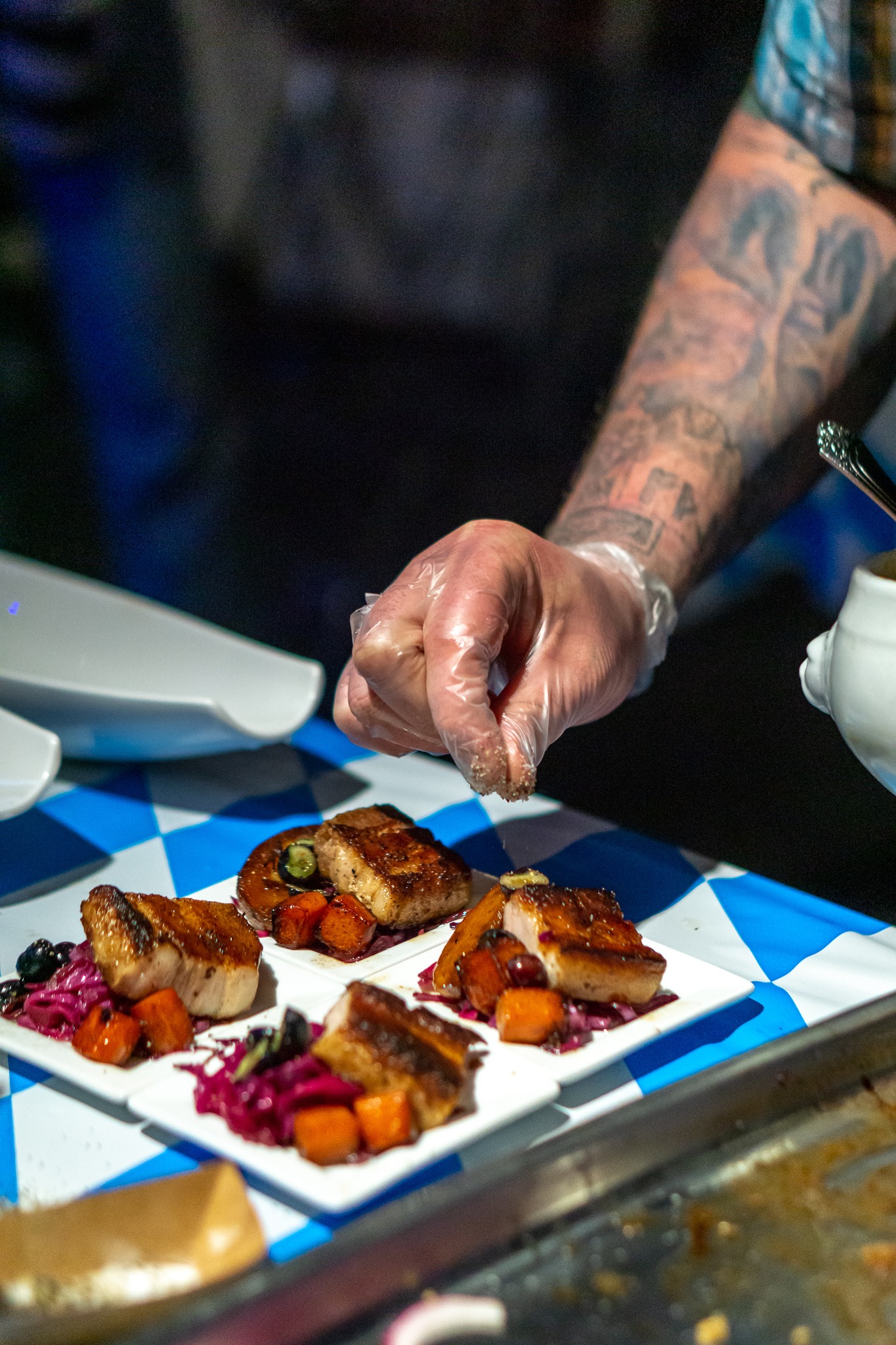 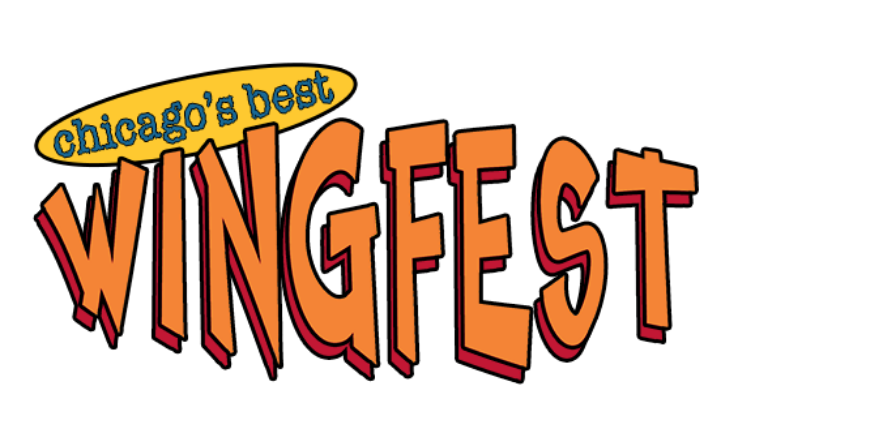